A quare year of it 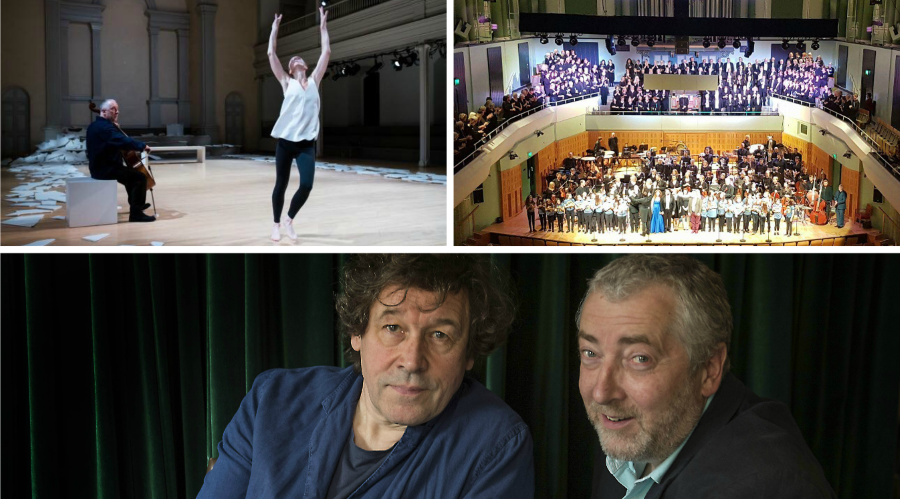 It’s been a busy year & I’ve gotten to collaborate with truly outstanding artists along the way. It all began with Jean Butler & myself opening our duet this is an Irish dance to a sell-out run in Danspace, NYC last November. And over the last five months: Olagón, for uilleann pipes & orchestra, a commission from Barry Douglas and Camerata Ireland that premiered in The Kennedy Centre, Washington DC in May, with Mark Redmond as soloist. Next was Long Story Short: The Belfast Opera, an opera I wrote with Glenn Patterson that opened in June, conductor David Brophy at the helm. The opera has just been nominated for a Classic FM Award.

August saw Stephen Rea and myself perform Seamus Heaney’s posthumously-published Aeneid at Kilkenny Arts Festival. Just a few weeks ago, on Nov 5th, the oratorio Mary Gordon, commissioned by Wicklow County Council, co-composed with Brian Irvine and with libretto by Marina Carr premiered in NCH, Dublin, with the NSO and 250 singers, under Fergus Sheil. And tonight, Medb, a suite for uilleann pipes and orchestra will get its world premiere in the Hawkswell Theatre, Sligo, with Leonard Barry & the Sligo Academy Orchestra under Niamh Crowley. I’m indebted to all of those I’ve had the opportunity to collaborate with on these outings. I’m one lucky boy and a treat it has all been.

The next year is looking equally fascinating – I’ll keep you posted – but some major stuff on the way.